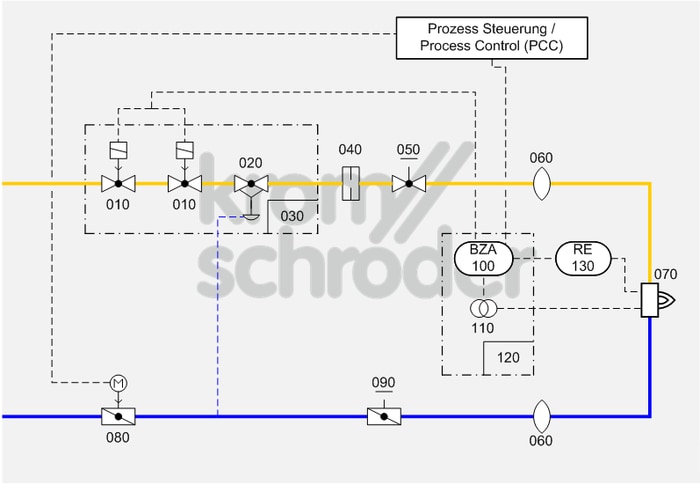 The capacity can be adjusted continuously by activating the air control valve (080) (analogue or 3-point step signal). The pneumatic ratio control system (020/030) controls the gas pressure proportionally to the air pressure and thus maintains a constant air/gas ratio. At the same time, it acts as an air deficiency cut-out. Adjusting valves and/or butterfly valves are used for limiting the air and gas flow rates and for adjusting the air/gas ratio.

Ignition and monitoring are ensured by an automatic burner control unit (100/120), which must be approved for continuous operation if the burner is to operate for more than 24 hours, in accordance with EN 746-2. Pre-purge and setting the valve to ignition position must be ensured by an additional valve control system.

Ignition with up to 33% of the burner rating with a safety time of 3 seconds complies with the requirements of the Standard.

When using a BBG burner, only flame control with UV sensor is possible.