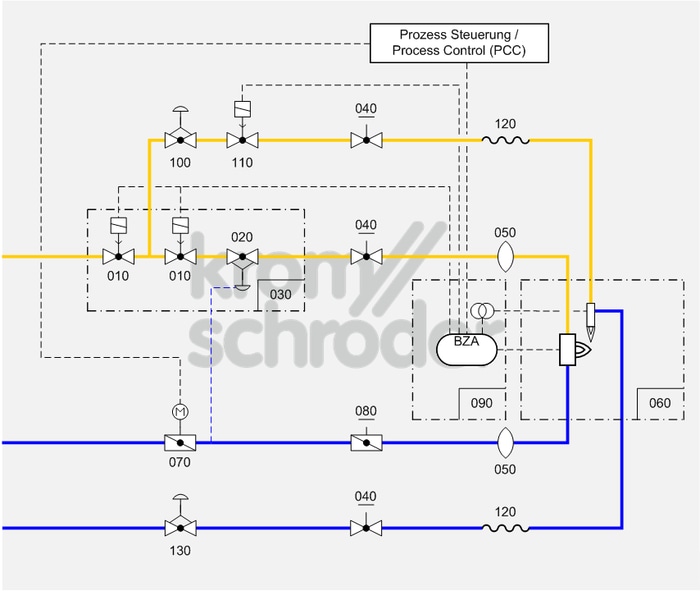 The capacity can be adjusted continuously by activating the air control valve (070) (analogue or 3-point step signal). The pneumatic ratio control system (020/030) controls the gas pressure proportionally to the air pressure and thus maintains a constant air/gas ratio. At the same time, it acts as an air deficiency cut-out. Adjusting valves and/or butterfly valves are used for limiting the air and gas flow rates and for adjusting the air/gas ratio.

The pilot burner has its own gas and air supply and is directly electrically ignited and controlled. The pilot flame ignites the main burner and is not switched off once the burner has ignited successfully.

Ignition and monitoring are ensured by an automatic burner control unit (090), which must be approved for continuous operation if the burner is to operate for more than 24 hours, in accordance with EN 746-2.

Ignition with up to 50% of the burner rating with a safety time of 3 seconds complies with the requirements of the Standard.